Matthew is an architectural photographer based on London.

He has immersed himself in photography for the past 13 years, taking a special interest in the areas of travel and architecture. This was later complimented with in interest in video game development and building construction.

Given a relatively powerful point-and-shoot camera when he was 12. His first vivid memory using it, was when he captured the view to St Paul’s Cathedral from the south bank of the Millennium Bridge on a trip to the Globe theatre with his grand mother. 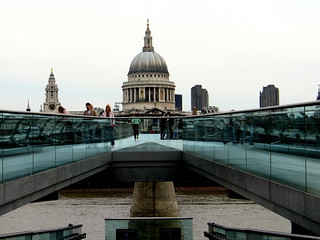 Later, spending time to continue working in photoshop on the photographs produced that day he was encouraged to make prints that remain framed near his desk today.

Since then, Matthew has improved on his photography and post-production skills. Taking time to study programming and gaining knowledge and skills in the digital arts, has aided him in understanding the mechanics of space and camera technology.

His partnership under the brand @gazettish, gave him another outlet to spread and develop his photography skills and to learn with other. Primarily devoted to travel photography, this channel also helped him use social media skills in service of his principal passion – photography.